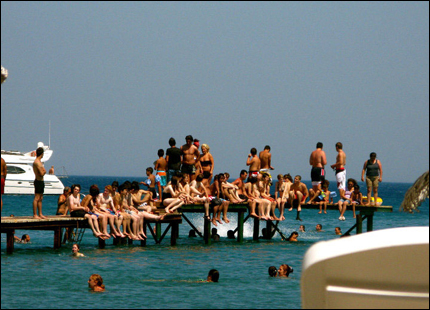 The LSSO's summer course in July is usually followed by a tour, often overseas, under the artistic leadership of Peter Ash.

In recent years, the orchestra has visited countries as far afield as the USA, Argentina, Turkey and Japan. The orchestra has also toured closer to home: in Spain, Portugal, Italy, France, Poland, the Czech Republic, Belgium and the Netherlands, as well as to Wales and Scotland.

The tours foster a spirit of comradeship and camaraderie between the young players and life-long friendships can be formed.

The summer course also includes a "Serenade Concert" - presented both on tour and in London. This is made up of performances with smaller ensembles, conducted by LSSO members.

Students wishing to conduct are tutored by Peter Ash in the months before the tour. A number of them have gone on to form orchestras of their own, made up of school and university students. These include Oliver Zeffman's Melos Sinfonia, Harry Ogg's Sinfonia d'Amici and Rory Storm's Aeolian Orchestra.