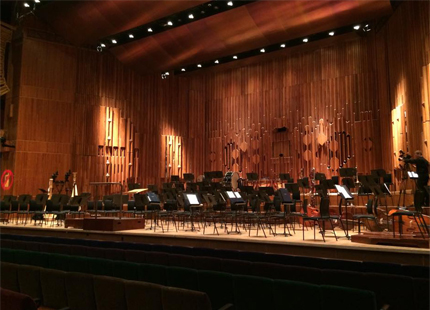 The orchestra gives three concerts a year in one of London's premier concert halls, the Barbican Hall.

The Barbican Hall is part of the Barbican Centre, which houses three cinemas, one of London's largest libraries, three restaurants and two art galleries. It also boasts two theatres, The Pit and the Barbican Theatre, which was designed exclusively for the use of the Royal Shakespeare Company. The Barbican Theatre now also hosts a distinguished season of visiting international theatre companies.

The Guildhall School of Music and Drama is also on the site.